To share your memory on the wall of Michael Martin, sign in using one of the following options:

Michael was born on September 6, 1967, in Twenty-Nine Palms, CA. He spent his early childhood in Plymouth, MA before moving to Naugatu... Read More
Naugatuck, CT Michael John Martin, passed away on Monday, December 29, 2020 at Waterbury Hospital.

Michael was born on September 6, 1967, in Twenty-Nine Palms, CA. He spent his early childhood in Plymouth, MA before moving to Naugatuck and attending Hillside Middle School and graduating from Naugatuck High School in 1985. He went on to attend Central Connecticut State University in New Britain CT. and then lived in the Boston, MA for more than 20 years before returning to Naugatuck.

Michael worked tirelessly in the restaurant hospitality business for many years, and found his niche in the Boston area managing bars and restaurants such as Icarus, Woody’s, Abe & Louie’s Prime Steak House, The Ashmont Grill, the Boston Red Sox Organization and most recently Sorella’s in Hartford. Michael would always credit his early days at T.G.I. Fridays for giving him his start. Michael was an avid fan of the Boston Red Sox and New England Patriots, and has many fond memories of attending games with great friends.

Michael was predeceased by his father, Manual J. Martin, and is survived by his parents, Hubert John and Diana F. Barnes of Naugatuck, brothers, Richard J. Martin and his significant other Paulene Bellmare of Plymouth, CT., Joseph J. Martin and his wife Amy of Naugatuck, and Reuben B. Barnes of Seymour; his sister Catherine D'Vileskas and her significant other Ron Tompkins of Naugatuck, his niece, Caitlyn Marie Colella, who he adored, and her significant other Nick Black of Quincy MA; his aunts Cynthia Klar, Georgina Andazola, and Nowela Supebedia of Naugatuck. His Uncle Frank "Chuck" Martin of Plymouth, MA and his Aunt Betty Ambrose of Middleboro, MA. He is survived by several more aunts, uncles of Hawaii and numerous cousins who cherished him dearly.

Michael was always kind and generous. His numerous friends appreciated his infectious laugh, his never ending smile and the impromptu sing-alongs of whatever was playing on the radio. He surely was a bright light and will be missed by all who loved him.

A Mass of Christian Burial will be celebrated on Saturday, January 16, 2021 at 11:00am at St. Francis of Assisi Church, 318 Church Street, Naugatuck. Those attending are asked to please meet directly at church. Everyone attending is required to wear a facial covering and to adhere to social distancing guidelines and due to the COVID-19 pandemic, there will be no social gathering following the Mass. There are no calling hours and arrangements have been entrusted to the Buckmiller Thurston Mengacci Funeral Home, 82 Fairview Avenue, Naugatuck.
Read Less

To send flowers to the family or plant a tree in memory of Michael J. Martin, please visit our Heartfelt Sympathies Store.

We encourage you to share your most beloved memories of Michael here, so that the family and other loved ones can always see it. You can upload cherished photographs, or share your favorite stories, and can even comment on those shared by others.

Posted Jan 03, 2021 at 06:40pm
Michael words cannot express the hurt Rudy & I feel for such a great loss !! Remembering all the great times we shared in Boston and recently here in Ct !! We will mourn your loss in our ❤️’s forever my brother my best buddy !! See u in heaven someday !! Love u Michael!!
Comment Share
Share via:

Posted Jan 03, 2021 at 08:40am
I first met Michael when he was 18! Then he left for his life in college and Living in Boston. I had the pleasure of being around him when he returned to Naugatuck. Days in the pool and talks of his life. He was funny and always had an adventure planned with his many friends. My heart aches for the family we were neighbors for many years. Sending hugs to Dianna and John and his brothers. Rest in Peace Michael until we meet again!
Nancy Daniels & Lyla
Comment Share
Share via: 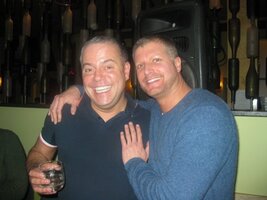 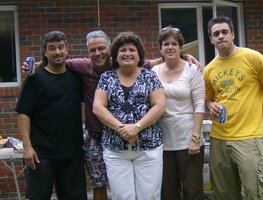 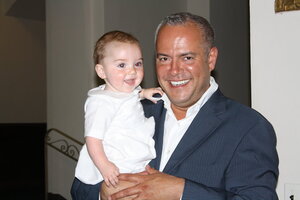