To share your memory on the wall of Thomas Hunt, sign in using one of the following options:

Tom was born December 2, 1943 in Waterbury, CT son of the late Thomas A. and Helen (McDonald) Hunt. Tom graduated from Naugatuck High School, class of 1962. In October of 1964, he married his high school sweetheart, who he affectionately called â€śBabeâ€ť.

Tomâ€™s 45 years in law enforcement were marked with many accomplishments, commendations and honors. He was especially proud of having been selected to serve as an instructor by the Bureau of Narcotics and Dangerous Drugs (BNDD); which is now called the Drug Enforcement Agency (DEA). Additionally, Tom was chosen by the Attorney General of the Virgin Islands to work in an undercover narcotics operation in the Virgin Islands, where he worked alone for three months.

In addition to Diane, his loving wife of 56 years; Tom is survived by his sons and daughters in law, Thomas and Tracey Hunt, Ronald and Rose Hunt and Steven and Johnna Hunt; his grandchildren, Thomas, Taylor, Jordyn, Ryan, Sydney and Alexis; his sister and brother in law, Mary and Richard Bulkovitch; his godchildren, Kristen Jacoby, Jason Kirk, Ronald Pruchnicki, Jr., Susan Culotta and Kelly Hiltz and many nieces and nephews. In addition to his parents, Tom was predeceased by his brother, Neil Oâ€™Donovan and his sisters, Ann Jannetty and Eileen Squires.

A Mass of Christian Burial will be celebrated Saturday at 11:00am at St. Francis of Assisi Church, 318 Church Street, Naugatuck. Naugatuck Police Department Honors will be accorded. Those attending are kindly asked to please meet directly at church and facial coverings and social distancing will be required. Burial will be private. Walk-through calling hours are Friday from 4-7pm at the Buckmiller Thurston Mengacci Funeral Home, 82 Fairview Avenue, Naugatuck. In lieu of flowers and to honor Tomâ€™s memory, the family requests donations to VITAS Innovative Hospice Care at St. Maryâ€™s Hospital, 56 Franklin Street, Waterbury, CT 06706.
Read Less

To send flowers to the family or plant a tree in memory of Thomas J. Hunt, please visit our Heartfelt Sympathies Store.

We encourage you to share your most beloved memories of Thomas here, so that the family and other loved ones can always see it. You can upload cherished photographs, or share your favorite stories, and can even comment on those shared by others.

Lauren Martin and Ryan Burns sent flowers to the family of Thomas J. Hunt.
Show you care by sending flowers

Posted May 07, 2021 at 09:27am
Bob and I are so sorry for your loss. You are all in our thoughts and prayers. Diane, we will never forget the kindness and hospitality you and Tom showed us when we bought our first home across the street from you in Naugy. Our hearts go out to your whole family. Sincerely, Karen Donovan
Comment Share
Share via:
RP

Posted May 07, 2021 at 07:31am
With Sympathy For Your Loss May Caring Thoughts Bring Comfort To You At This Time Of Sorrow. Ret. Sgt. Domingo Pietri Waterbury Police Departmen.
Comment Share
Share via:
LM 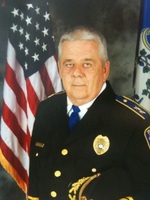