To share your memory on the wall of Robert Napoli, sign in using one of the following options:

Robert was born on January 28, 1955 in Bridgeport, CT a son of the late Joseph and Julia (Cejkovsky) Napoli. Robert was raised in Bridgeport, where he attended local schools and graduated from Harding High School. He worked as an automotive sales technician; was a Cub Scout pack leader and he loved the New York Yankees. He was noted several times in various newspapers for the wonderful Halloween decoration displays at his home. He always made sure that his family took a yearly vacation and explored the world. He wanted to ensure that his children had the best life experiences that they ever could.

Robert was predeceased by his wife, Eleanor Napoli and is survived by his daughter, Nicole Van Dyke and her husband, Chris Van Dyke and their 3 children, Olivia, Declan and Devin of Naugatuck; his son, Robert J. Napoli, Jr. and family of Waterbury; his brother, Joseph Napoli and his wife, Joan Napoli of Long Island, NY; his sister, Sandy Corso and her husband, Paul Corso of Monroe, NC; his longtime companion, Donna Zappone of Naugatuck as well as his nieces, nephews, cousins and many other extended family members.

Per his wishes, Robert will be cremated and there will be no services. Arrangements have been entrusted to the Buckmiller Thurston Mengacci Funeral Home, 82 Fairview Avenue, Naugatuck, CT 06770.
Read Less

To send flowers to the family or plant a tree in memory of Robert S. Napoli, please visit our Heartfelt Sympathies Store.

There are no events scheduled. You can still show your support by sending flowers directly to the family, or planting a memorial tree in memory of Robert S. Napoli.
Visit the Heartfelt Sympathies Store

Posted Apr 08, 2021 at 09:03pm
Bobby and I met in the 5th grade at Garfield School played baseball football in our younger years when we got older we hot rod ,drag raced he had a 68 GTX we partied every night in our teen years went to each others Weddings and stag partys unfortunately as we aged I lost touch with him have some picts of our younger days sorry for your loss will pass this to the rest of the gang
Comment Share
Share via: 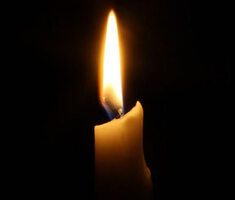