To share your memory on the wall of Robert Burns, sign in using one of the following options:

Naugatuck, CT - Robert J. Burns, 94, husband of Phyllis (Kloc) Burns and long-time burgess for the Borough of Naugatuck, died peacefully on October 22, 2020 at his home with his loving family by his side.

He was born in New Haven, Connecticut on Oct. 31, 1925 and moved to Naugatuck where he attended St. Francis School. Bob received a War Diploma from Naugatuck High School. Like many of his countrymen, Bob joined the United States Navy to serve his country in WWII. Seaman First Class Burns became a crew member of LCI-591 and participated in the invasion at Normandy and on the beachhead in Southern France. He received the Good Conduct Medal, The American Theater Campaign Medal, the European African Middle Eastern Theater campaign medal and the World War II Victory Medal. Bob was activated again for the Korean War on a mine sweeper and received the Asiatic Pacific Theater Campaign Medal.

He returned home to civilian life and began to serve his beloved Borough of Naugatuck. Bob was a dedicated employee of the Uniroyal Chemical for 56 years where he worked as a maintenance foreman. He formed many lifelong friendships at the Chemical and served as a mentor to many. Bob became involved in local government boards in the 1950s, beginning with the Welfare Board, and served as a burgess for 46 consecutive years. His commitment to the town was unwavering and he set an example for many that followed him.

Bob was instrumental in youth athletic programs in Naugatuck, coaching youth football in the Naugatuck Junior Football League for several years and coaching baseball in the Peter J. Foley Little League for over 40 years. Bob coached in the YMCA Little Pal Basketball League for more than 50 years with Naugatuck notables, Ed Mariano, Don Dibble, Gene Massa, and more recently alongside his son Bob Burns, Jr. and grandson, Robert Burns, III. The baseball field at Fairchild Park was named in honor of Bob.

Bob was a member of the American Legion, Post 17; V.F.W. Crusader Post 1946; Catholic War Veterans and was a past member of the Veterans Who Care Committee. He was a life member of the B.P.O. Elks, Lodge 967 and a parishioner of St. Francis of Assisi Church.
Bob received many honors over the years, including the Naugatuck Exchange Club Recognition of World War II Veterans, the Naugatuck YMCA Frederick D. Zonino Memorial Volunteer Award, Irish Mayor for the Day, a Citizen’s Award presented on Naugatuck Night at Yankee Stadium in June 1986, the Exchange Club’s Book of Golden Deeds Award , and the Legionnaire of the Month for June 2019. He was inducted into the Naugatuck Hall of Fame in 2005 and the Connecticut Veteran’s Hall of Fame in 2016. In December 2019 the Hall of Burgesses in Naugatuck Town Hall was named “Robert J. Burns, Sr. Hall of Burgesses.”

In addition to Phyllis, his wife of 67 years, Bob is survived by his sons, Robert J. Burns, Jr. and his wife, Maria; Thomas Burns; and Kevin Burns and his wife, Tina; his five grandchildren -- Ryan, Robert III, Michael, Lauren and Shannon, who affectionately refer to him as “Pop.” Bob also leaves a twin sister, Rita Hubbell of Southbury; sister-in-law Mary Rimkus of Naugatuck; sister-in-law Cathy Cardinale and her husband Louis of Florida, and numerous nieces and nephews, great-nieces and great-nephews. Truthfully, Bob always considered the residents of Naugatuck to be his extended family. In addition to his parents, Hugh and Bridget (Roach) Burns, Bob was predeceased by his brother, John Burns.

The family would like to thank Dr. Zarif and the nurses at St. Mary’s Hospital Wound Center, the visiting nurses, and especially Aneta, Dana, Deven and Joanna .

A Mass of Christian Burial will be celebrated Tuesday at 11:00am at St. Francis of Assisi Church, 318 Church Street, Naugatuck. Everyone attending is kindly asked to meet at church. Burial with Military Honors will immediately follow at St. James Cemetery, Cross Street, Naugatuck. Walk-through calling hours will be Monday from 4:00 to 7:00pm at the Buckmiller Thurston Mengacci Funeral Home, 82 Fairview Avenue, Naugatuck. Members of the Naugatuck Veterans Council will assemble for a service Monday at 6:30 pm at the funeral home and the Naugatuck Elks will gather for a ritual at 6:50 pm at the funeral home. Facial coverings and appropriate social distancing will be required during all services. In lieu of flowers and to honor Bob’s memory, donations can be made to Peter J. Foley Little League, 299 Scott Street, Naugatuck, CT 06770.
Read Less

To send flowers to the family or plant a tree in memory of Robert J. Burns, please visit our Heartfelt Sympathies Store.

Barbara Dibble, Jim & Karen Flaherty, Tom and Carol Volage, and other have sent flowers to the family of Robert J. Burns.
Show you care by sending flowers

Posted Oct 27, 2020 at 10:14am
Our Most Sincere Condolences to the Burns Family are extended.
Sorry we were not able to attend services for this GREAT man!
My Dad, Don Ensero, Sr. said it best for both himself and I when he stated to me that Bob was just such a great guy spanning so many years and especially with the time he put in for the Youth of the community to benefit from.
He served his country and his community to the highest degree possible and was just the very Best All Around person one could ever hope to meet! I concur 100% with this.
My son, Matt who lives out of state now stated I love that guy and he was one of the best coaches I ever had while playing sports.
Can't even begin to tell you how thrilled my wife and I were when we found out that it was Bob burns and his buddy, Gene Massa coaching our son in the Naugy Lil Pal basketball league many moons ago.
We will keep Bob and All of you in our prayers.

Posted Oct 27, 2020 at 12:17am
I worked with Bob for many years and he was one of the best. My condolences to the family. Tom Carey
Comment Share
Share via:
KD

Posted Oct 26, 2020 at 02:08pm
Burnsy--- Wishing you and your family all the best during this tough time. -Kelly Duncan, Washington Senators
Comment Share
Share via:
BF

Posted Oct 26, 2020 at 12:22pm
Bob and Phyllis were the first people I met when I came to Naugatuck to work at the Uniroyal Chemical plant. I boarded at Mrs Waterhouse's house next door to them . They welcomed a midwestern boy from Ohio into their home for many diners and evening chats. Got to play catch with the boys and from time to time work with Bob at the plant. Bob and Phyllis were one of the first people to meet my future wife, Jean Carey,( Waterbury). Bob was always passionate about Naugatuck and his love for youth sports. Our condolences to Phyllis and the family." I Life well lived" Keith and Jean Hughes
Comment Share
Share via: 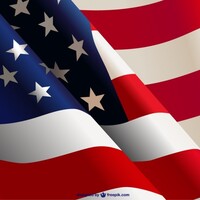